Linda Bergeron Baril is from the Mauricie Region of Quebec. Bergeron Baril is largely a self-taught artist. She dedicates herself full-time to her passion—painting. She is constantly progressing on her artistic journey by participating in various workshops, including at the ICSCIS school in Tuscany, Italy and Slikamilina Painting Tours in Croatia. Over the years, she has acquired a plethora of plein air painting experience by joining groups such as Plein Air Ensemble Ottawa. Bergeron Baril has travelled extensively and lived in many places, including Québec, Toronto, Dartmouth, St-Jean-sur-le Richelieu, Germany and France. She now resides in the picturesque town of Pontiac in the Outaouais Valley. With her studio located on the banks of the Ottawa River, she is constantly inspired by her surroundings.
Throughout her practice, Bergeron Baril employs numerous techniques, including alla prima, impasto, sgraffito, and scumbling. She works in a range of media, including oils, watercolours, felt pen, acrylics, and oil pastels. And throughout this diverse practice, Bergeron Baril has developed a unique style, in which her lines flow loosely with expressive spontaneity and grace. Through Bergeron Baril’s vibrant and intricate layering of colours, one can feel her joie de vivre and romantic penchant.
Her work has been displayed in numerous galleries in Ottawa, Montréal, and Québec City. Numerous pieces of her work hang in private collections all over Canada, the United States, Europe and Asia. Notably, in December 2017, Bergeron Baril was part of the Canadian Delegation of International Artists that exhibited at the Carrousel du Louvre in Paris. She has been awarded the 2003 "Favourite of the Jury" prize in Gatineau, and the 2009 "Public Choice Award," also in Gatineau, which was highlighted in the following newspapers: Le Droit, The Citizen, The Equity and the Pontiac Journal. 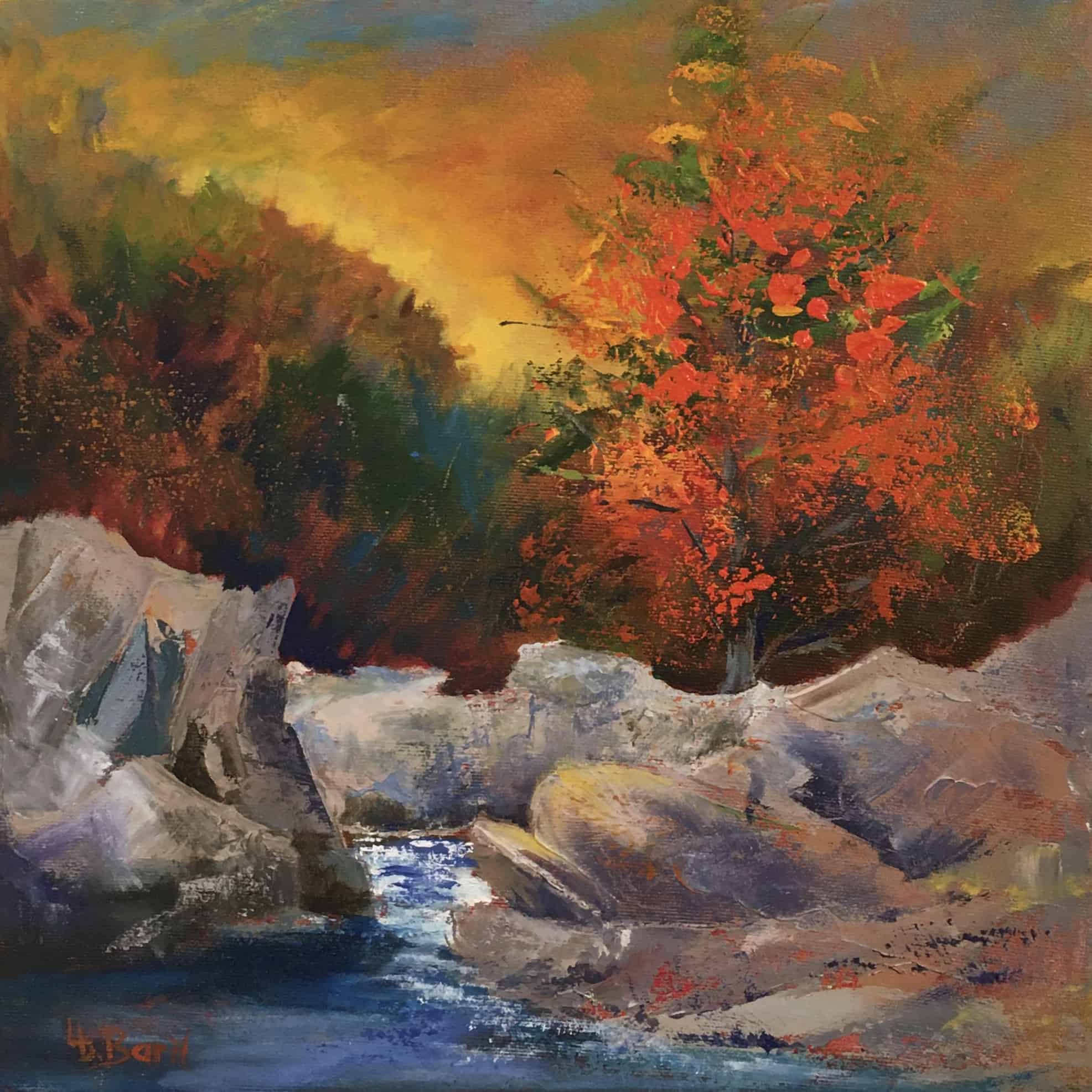