The balance between tension, stillness, movement, expansion, volume as natural forces continue to feed Johanna’s inspiration. This balance is under continual stress as humans relentlessly assert and exert their power to manipulate the physical and cultural forces which shape our world. As research continues to show, the effects may seemingly be innocent and of little consequence; however, slowly the earth and its many cultures are being forced to change and establish new boundaries.  Environmental climate change and the #MeToo movement are recent examples of nature and cultures responding to these abuses of power.

Johanna’s ceramic works involve methods to investigate contemplation and reflection of these forces on a smaller scale. These methods reflect and connect the four elements of life: earth, wind, fire and water with an awareness of the limitations and control she has over the process. The immediacy of unforeseen outside influences when firing ceramic works is somewhat related to the natural world reacting to the unknown effects of extreme uses of technology and carbon.

The markings created during these firing are sometimes delicate, fleeting and may suggest the impermanence of a state of being or a frame of mind. However, the tactile surfaces of these works attest that a transformation is occurring – this time caused by the very elements previously subjected and controlled by others. 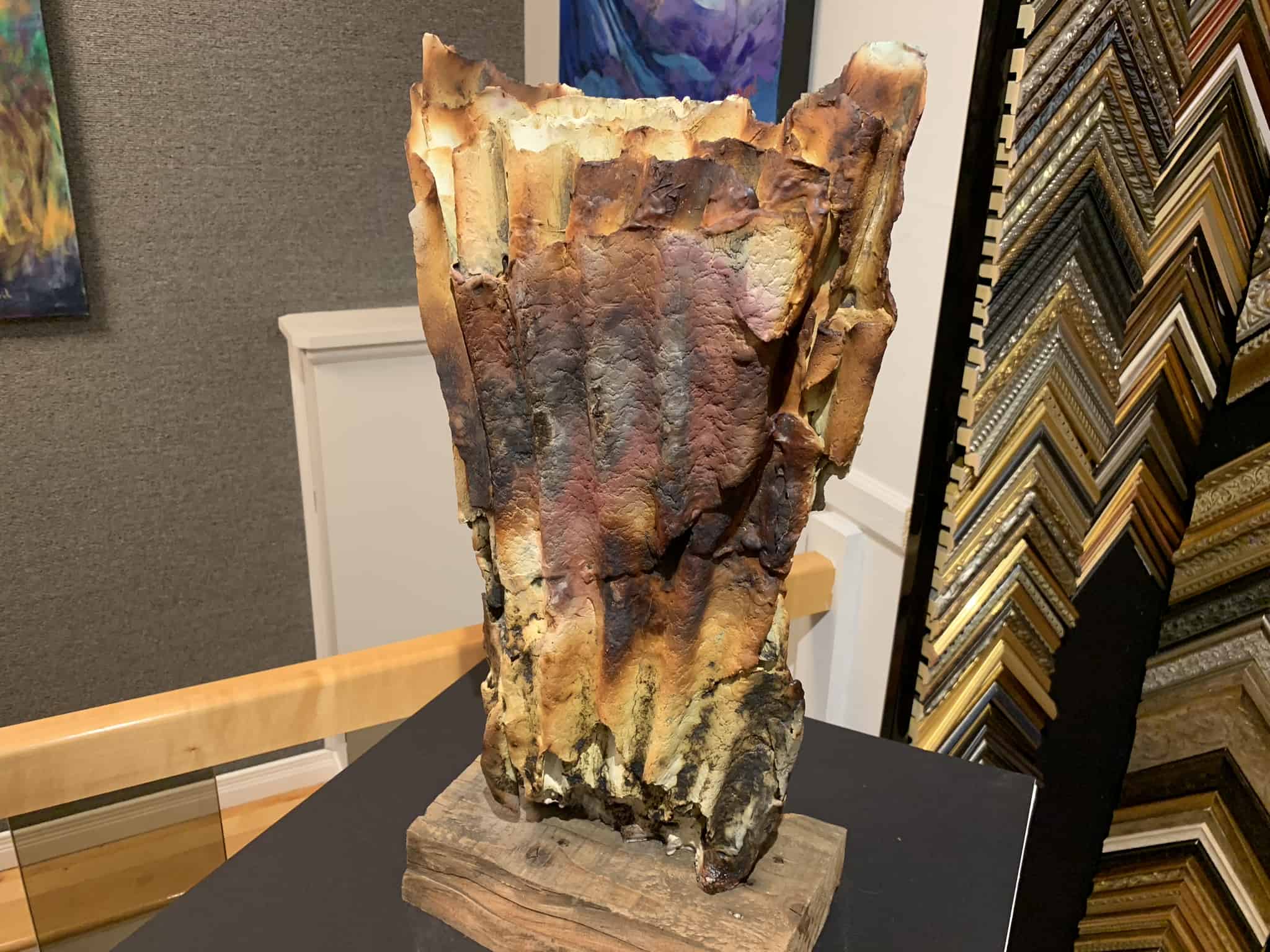