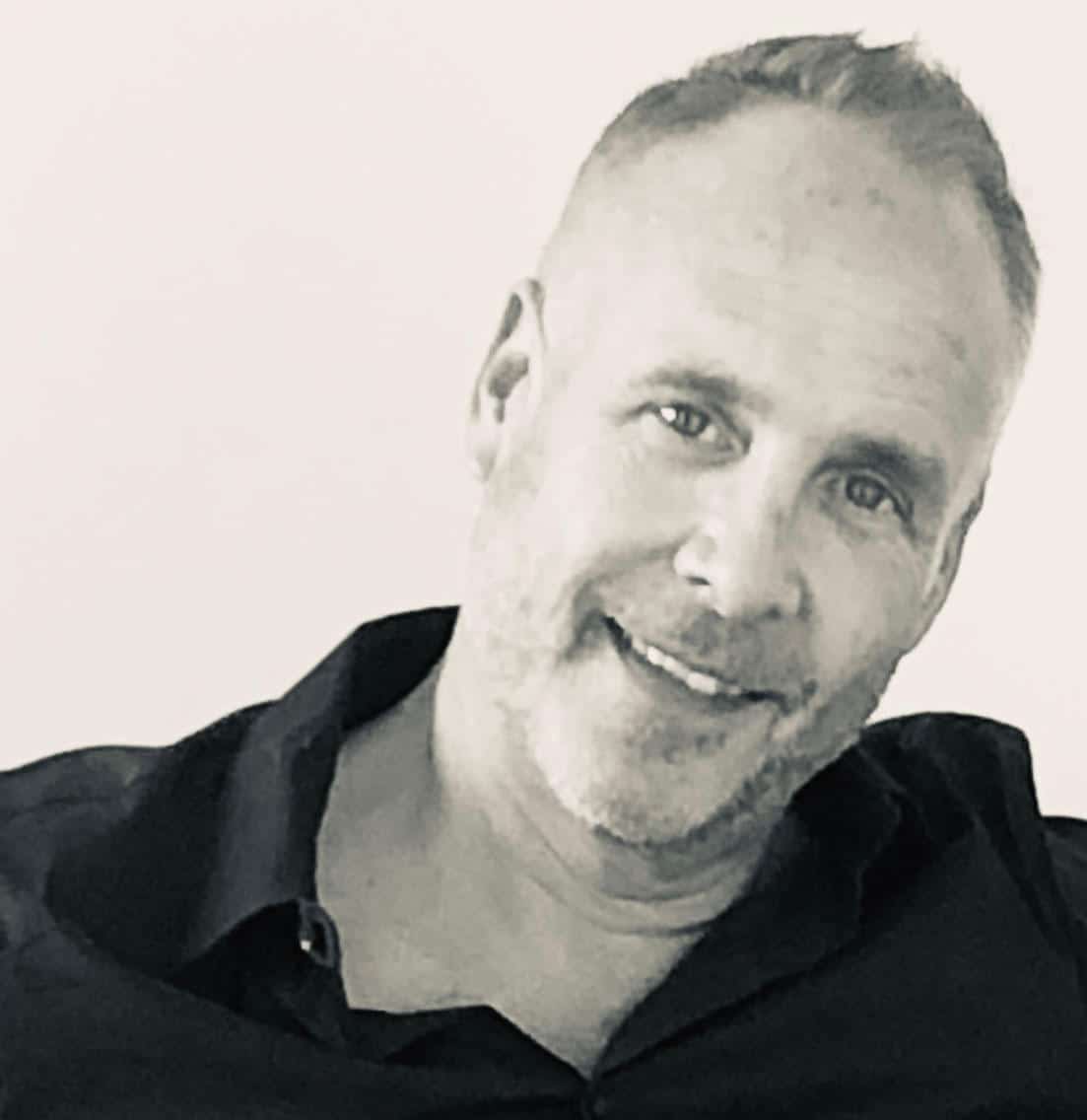 Two words best describe the art of Kirk Larson – COLOUR and FORM. Larson’s work is a study of colour, contrasts and shapes, and the connection between them.
Larson was raised in a mid-century modern environment. His father was an architect heavily influenced by the work of Frank Lloyd Wright; his mother was a hobby interior designer, influenced by the likes of Eames and Jacobsen. These early influences are noted in his work.

“I grew up with green shag carpeting, teak wood furniture, and an odd ‘egg shaped’ chair in the living room. At the time, I didn’t appreciate the design beauty that surrounded me. With the resurgence of mid-century and Scandinavian design, I have discovered my love for the colours, forms and abstract nature of that era.

Having put the brushes and canvases away a number of years ago to raise three children and pursue a professional career, Larson recently picked up the brushes and dusted off the canvases, to embark on a journey of experimentation.

"I transitioned into the ‘empty nester’ phase of my life, once my three children were away at university. It was time to do something just for me, as well as escape the stress of a busy all-consuming career. It has been a couple years of experimentation and growth, perfecting my style, and discovering what I am best at.”

Larson’s art presents us with a culmination of influences: the “pop” of hot pink juxtaposed with a subtle pallet, the lime green found commonly in his “whimsical houses” pieces, and the deep orange so popular in 1960’s mid-century modern décor. Larson has created an array of pieces with vibrant colours, interesting forms, and intriguing diversity.

“I start with subject matter and shape, then I move to colour, and finally I end with technique. It is not unusual that my sleep is restless, ideas forming in my head, and prompting me to start a project in the middle of the night.” 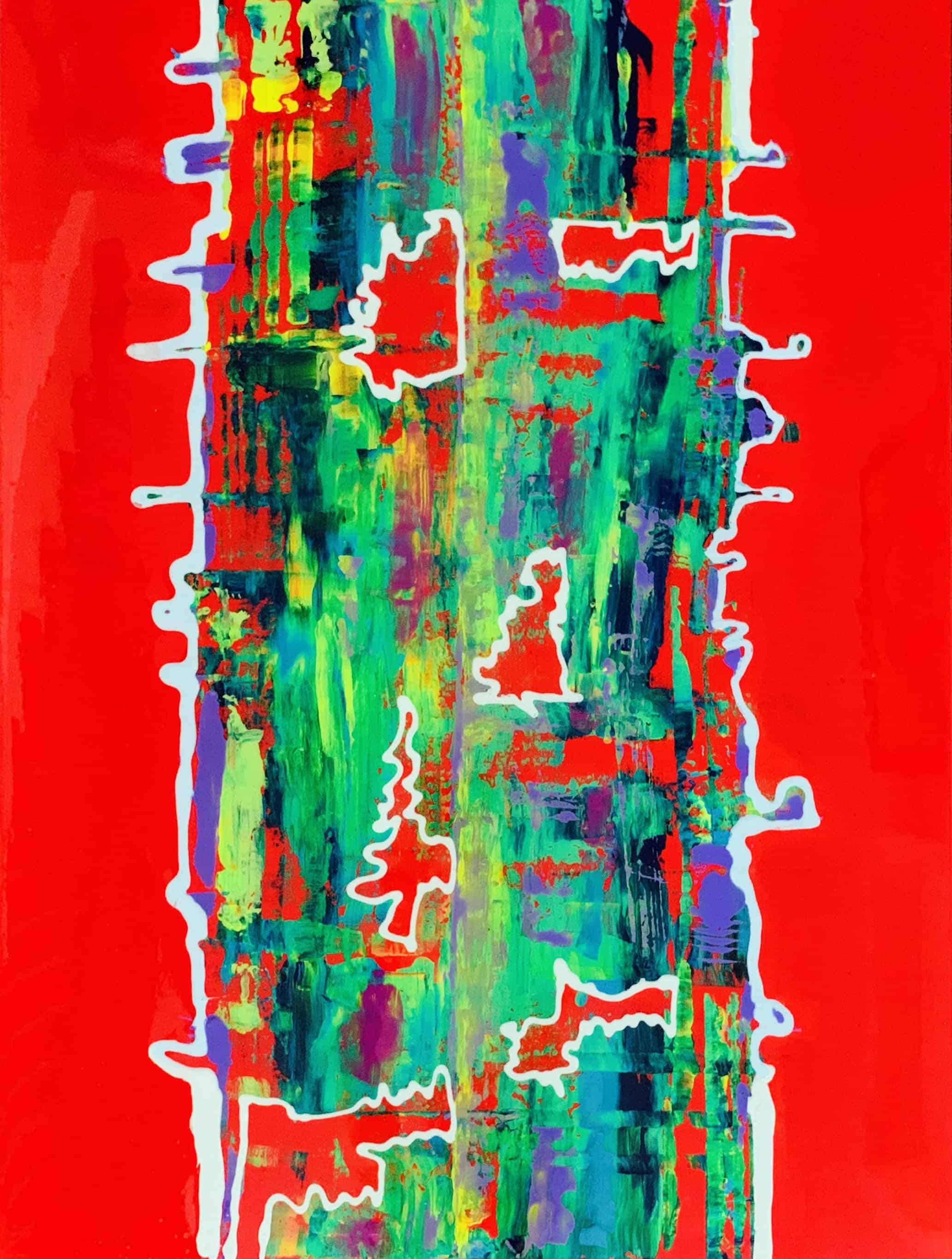 Fire in the Trees 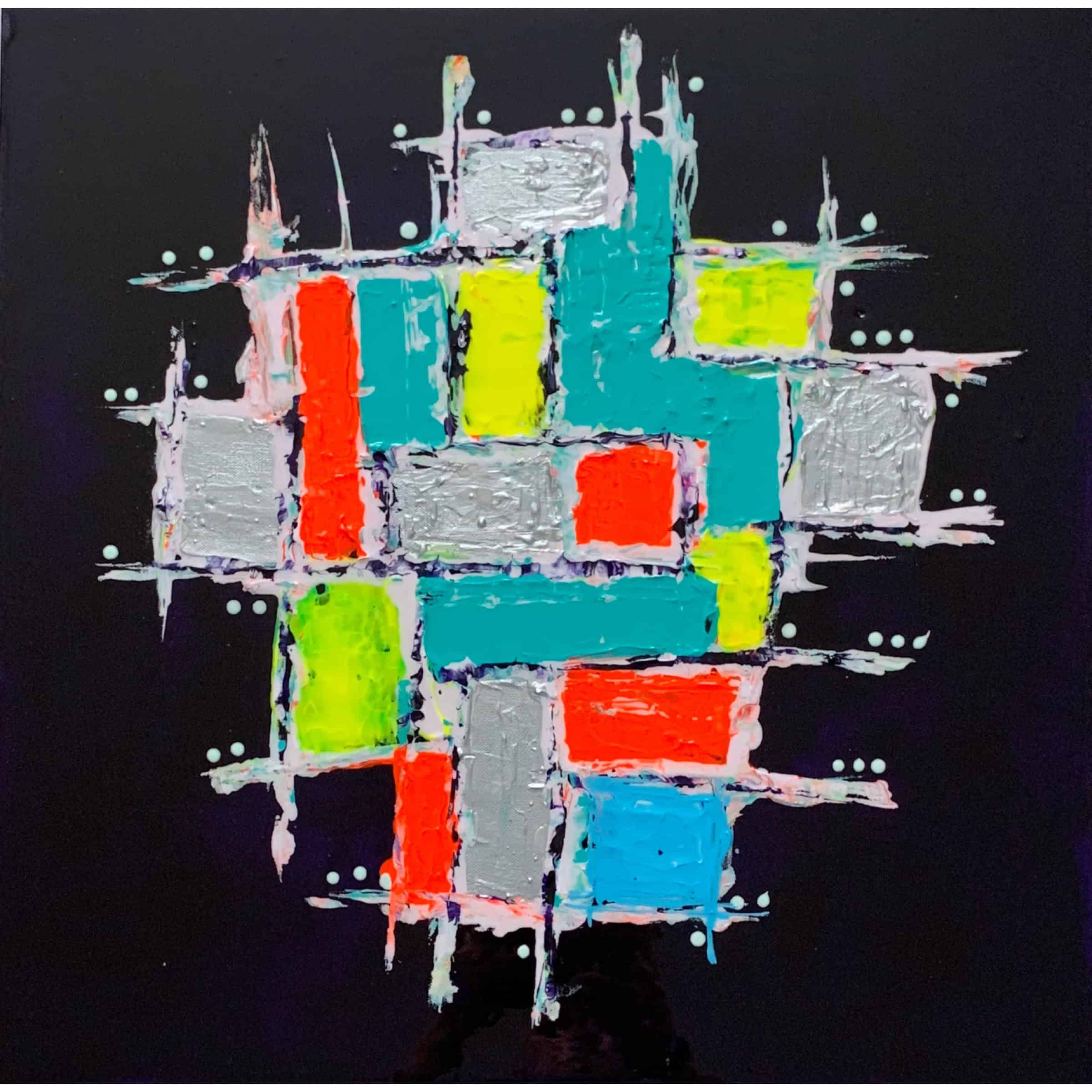 Colours of the Night 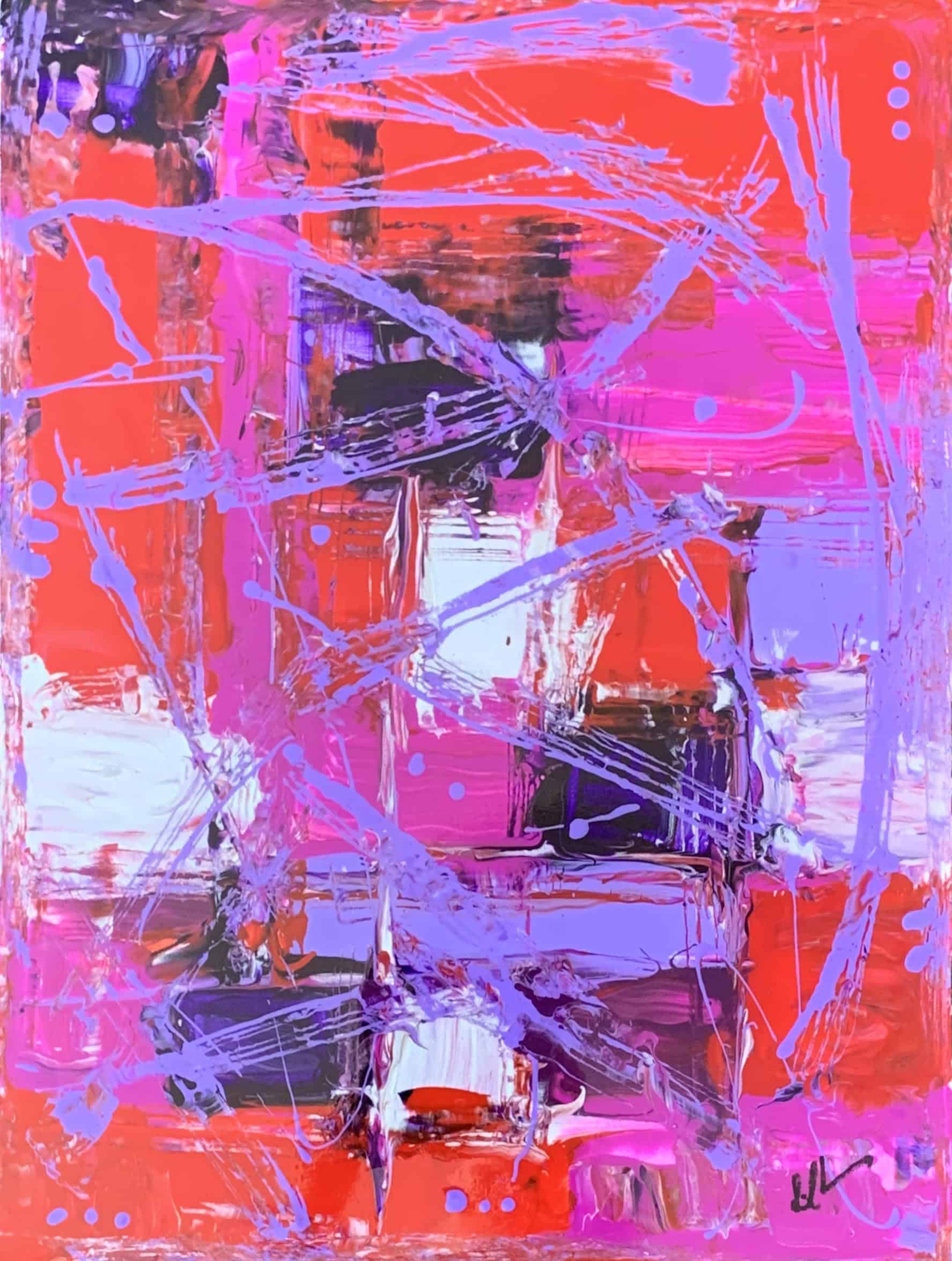 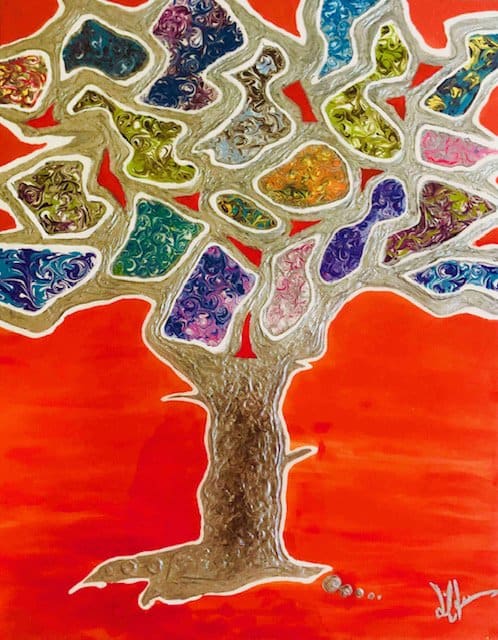 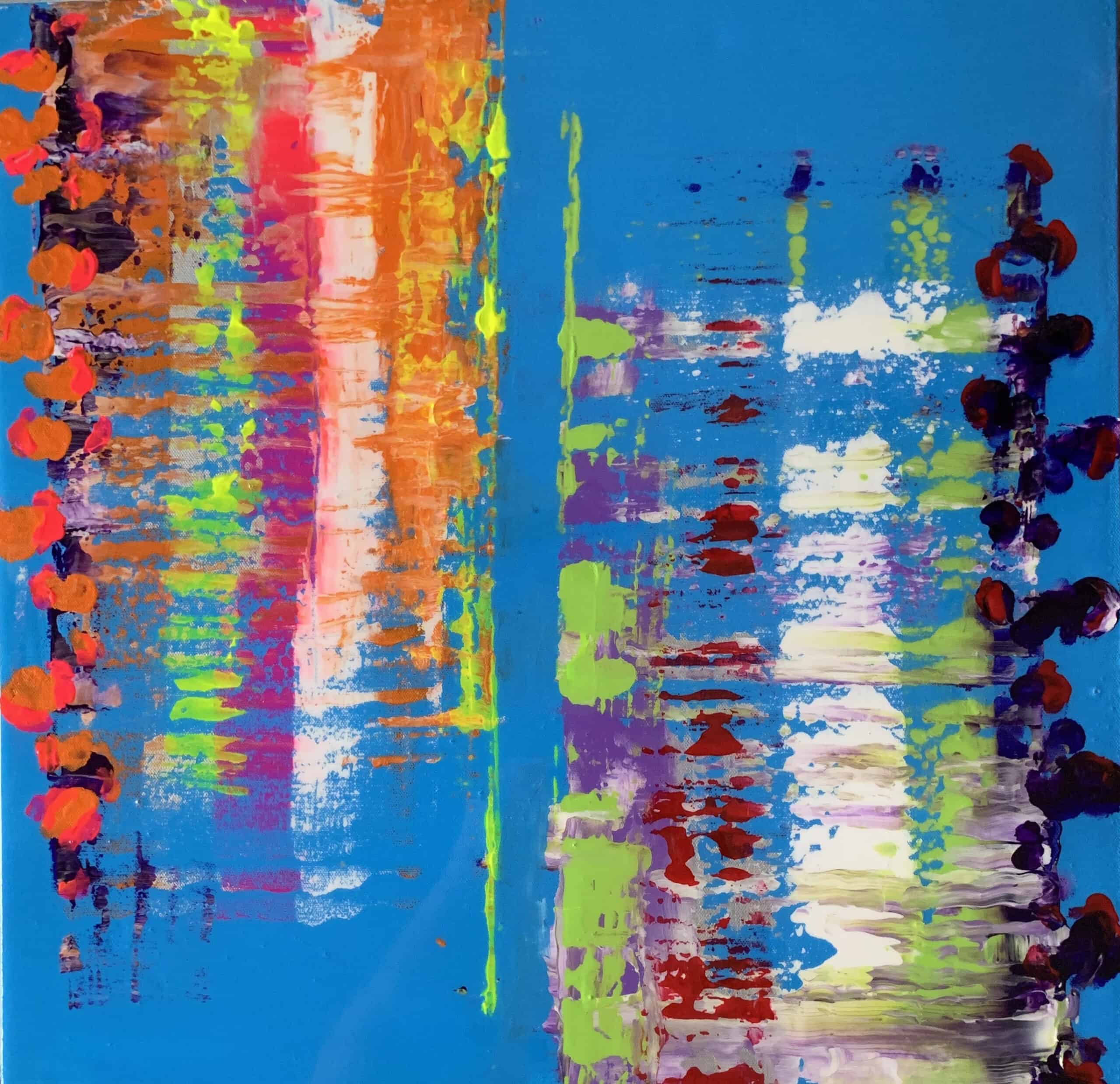